Specificity: The most over-rated training principle? 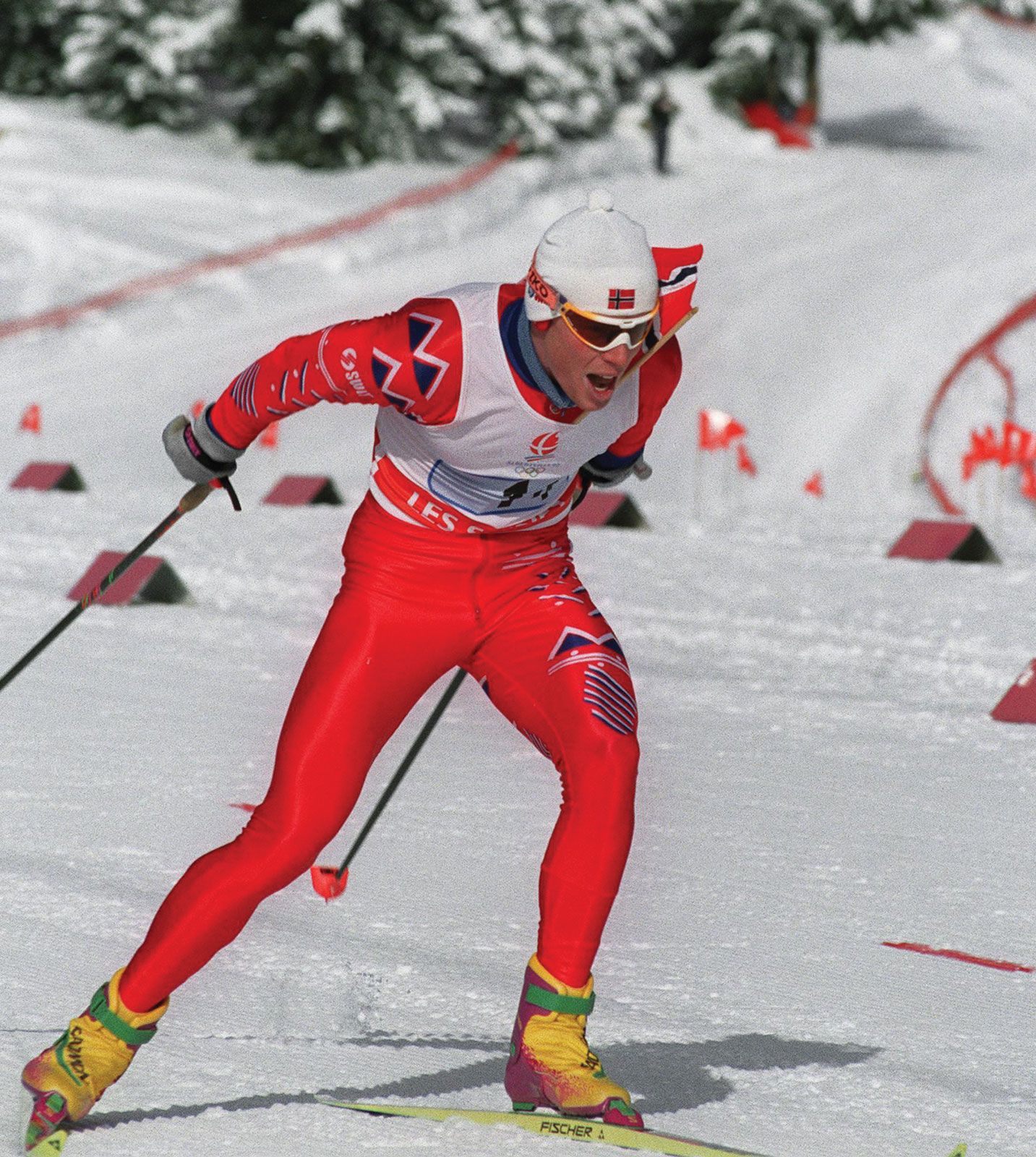 The principle of specificity states that..

"the adaptation of the body or the change in physical fitness is specific to the type of training undertaken.".

In the words of Dr. Brent Rushall - "this principle applies to both the movements and energy systems of the sport." At first pass, this makes intuitive sense. Power lifters lift big weights to train for their sport, marathon runners run long distances to train for theirs. However, as the opening example of Bjorn Dahlie and the later similar example of XC skiier Didrik Tonseth taking the last Norwegian National Cross Country running championship title shows, the importance of specificity is not so absolute.

This lesson became clear to me when, a few years back, I had the opportunity to run one of the leading U.S. professional cycling teams through the full gamut of physiological testing. Up to that point, most of my testing was focused on triathletes and, because in that context I routinely saw ~10% higher VO2 max numbers on the run vs the bike, I decided to also test these cyclists on both bike and run - in an effort to obtain a 'true' max. The results were a little surprising...

In line with my thinking, these very well trained cyclists did still out-perform their bike VO2max on the (larger muscle mass) run test - with a mean of 73ml/kg/min on the bike test and a mean of 78ml/kg/min on the run. However, the more surprising part was that, at that time, the run VO2 max numbers that these elite cyclists put up were among the highest I'd tested! Now, my test base up to that point had included some very accomplished triathletes - many professionals, some of them at the very top of the sport. Additionally, it included a few very accomplished stand-alone runners - collegiate athletes and a couple of the top ultra runners in the country. Still, the cyclists' VO2max on the run was comparable to these athletes who had put in far, far more (specific) miles pounding the proverbial pavement!

Admittedly, these untrained runners may not have exhibited the pretty form of the 'true' runners. And, in more lab rat terms, their run economy numbers were not great (mean of 219 ml/kg/km). However, that withstanding, they were still able to 'get the job done' and have that treadmill cranking away at very competitive run paces at the end of the test. This experience definitely had me revisiting the question of the importance of specificity when it comes to training.

However, isolated anecdote is one thing, large scale data analysis is another. Fortunately, I have a good database of 300+ VO2max tests from endurance athletes I've worked with over the years who exhibit a variety of bike/run % breakdowns in their training leading into the test. Some of this intentional - e.g. a deliberate effort to emphasize a sport to overcome a 'weakness', some unintentional e.g. a significant uptick in cycling volume when run injured. Either way, a good sample of different bike/run combo's leading into bike/run tests.

So, I recently cranked up Python's scikit-learn, queried my database for the data and asked it to create a linear regression model that best predicted VO2max for a given monthly bike and run volume. The resulting equations are presented below..

And yes, these results suggest that there definitely is some good transfer between sports. With cycling training hours contributing a good portion of the overall run VO2max and vice versa. And, I'm not the first to arrive at this somewhat counter-intuitive conclusion. A great 2002 study by Millet et al. looked at the transfer of training effects in elite triathletes by applying individual sport specific Banister models to predict overall performance. They similarly found that...

"A significant relationship was identified between the training amounts in cycling and the performances in running (fitness function: τ1 = 42; r = 0.56; p < 0.001)."

Beyond identifying a clear transfer effect, these formulae put the true 'weight' of specificity into some useful context. Is an hour on the run worth more to an athlete's run fitness than an hour on the bike? Yes. Is an hour on the bike still contributing significantly to a (injured/ muscularly recovering) athlete's run fitness? Absolutely! The data would suggest an ~2/3 relationship between the specific v non-specific mode, i.e. 3hrs of cycling is worth 2hrs of running to an athlete's run fitness. When we think about this relationship, along with the common training practice of cyclists putting in significantly more hours than runners, the initial results of the cyclist's high run VO2max values make more sense.

These numbers can guide us when planning emphasis periods. For example, if we have an athlete who is a relatively weak cyclist compared to their run, we may plan a temporary departure from our 'standard' swim-bike-run breakdown. E.g. a 50 hour block that might normally include 30 hours of cycling and 20 hours of running for a predicted bike VO2max of (0.32*30) + (0.23*20) + 38 = 52ml/kg/min may be better constructed to emphasize the bike as 40 hours of cycling and 10 hours of (maintenance) running for a total of 53ml/kg/min. Of course, this is a small difference, but string a few of these emphasis blocks together and the differences start to add up. Additionally, with bike volume generally demanding less recovery than running, if the athlete has time, this could be further exploited with more absolute load.

Now, again, the standard caveat applies - VO2max is only one aspect of fitness. There are others that would appear to be more sensitive to specificity - e.g. run economy. The elite runners I've tested are typically 190-200 ml/kg/km. As I mentioned, the cyclists were a good ways out of this range at an average of 219ml/kg/km. From an eyeball perspective, their run form could definitely use some work :-) Additionally, there are specific endurance benefits that come with time on the feet. Running comprises a good amount of eccentric loading that cycling does not. In the absence of some specific training, the athlete can be left without the muscular conditioning to make full use of their 'engine'. However...

"We can't deny the large transfer effects when it comes to pure aerobic fitness. Top cyclists become very fit runners (without running!) and, to a slightly lesser extent, top runners also tend to put up very good numbers on the bike. This fact has some large implications when it comes to the benefits of cross-training..."

In the case of run injury, fitness can be well maintained with adequate cross-training. I have seen this time and again. Triathletes can have extended periods off running in their prep due to injury and, providing adequate cross-training is performed & they have a little time before the race to re-establish form and muscular fatigue-resistance, they can still pull out some very impressive runs in their key race. Beyond this, from a risk/reward perspective, given the risk of greater injury on the run vs the bike, I would strongly advise even 'pure' runners to include a portion of their conditioning as cross-training. As the cyclists showed me, when it comes to run fitness, you're really not giving up much!

In conclusion, many athletes (especially U.S. athletes) are, in my experience, overly concerned with specificity - worried that the slightly slacker angles of a road bike won't translate to their TT position, or, heaven forbid, they go so far as to mix in something as removed as fat biking or even snow-shoeing this winter! Hopefully this post will put some of those fears to rest and maybe even encourage a more diverse approach this season. As the examples in this post confirm, when it comes to endurance sport - fit is fit! Athletes with a well developed aerobic capacity will tend to score well whatever the specific mode. The advantages from both a muscle balance & soft-tissue health perspective of a variety of training activities are clear and, as Bjorn and my cycling buddies suggest, it certainly won't hurt your aerobic engine either!